Georgy Zhukov was a Soviet Army officer who commanded troops during the Battle of Berlin, eventually resulting in the defeat of Nazi Germany. He attained the rank of Marshal (the highest military rank in the Soviet Union), but also became Minister of Defence amongst taking on other political roles. Infamously stubborn and hot-tempered, he was known to risk life and limb by heatedly arguing with Stalin over this or that policy (normally surrounded by sycophants, Stalin respected Zhukov’s independent thought, while presumably also being annoyed by his stubbornness, which is the sort of thing people got disappeared for…) Basically, a decent guy to name a Russian Imperial Stout after. In a mildly refreshing change of pace, there’s nothing particularly special about this stout (other than it being really good). No weird ingredients, no spices or vanilla, not even barrels. Just barley, hops, yeast, and water. Spaseeba! 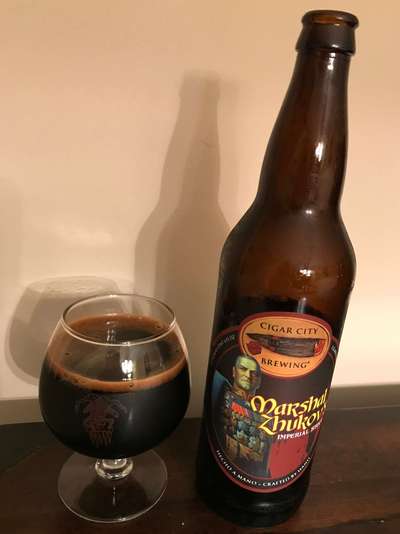 There are tons of variants of this, some of which I’ve had (a couple of coffee dosed versions), but I’d love to try a barrel aged one sometime (of which there are several varieties). Someday!